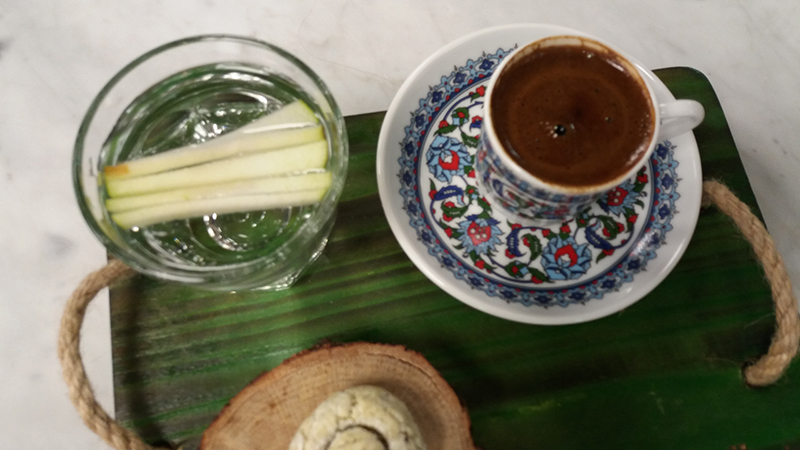 Drinking coffee is a unique pleasure for Turks

A cup of Turkish coffee is endowed with a variety of important connotations for Turks: friendship, affection and sharing. This is best illustrated in the old saying: “A single cup of coffee can create a friendship that lasts for 40 years”.

Turkish coffee is such an intrinsic part of Turkish culture that it has given its name to the word for breakfast, “kahvaltı”, which translates as “before coffee”, and is derived from the words “kahve” (coffee) and “altı” (before).

The preparation and care taken by a host in serving Turkish Coffee to his guests is an important aspect of hospitality. In Turkey, it is traditional for a prospective bride to serve coffee to her suitor and his family when they come to ask for her hand in marriage. Accepting a cup of coffee is a source of pride to the person who offers it. This is illustrated in the Turkish expressions “his coffee can be drunk” and “I would drink a cup of your coffee”.

Nothing compares to long, friendly conversation over a cup of frothy Turkish Coffee, followed by having your fortune told.

Love, success, money, fortune: the art of reading coffee grounds is as old as coffee itself. Coffee fortune telling was born out of Turkish Coffee and is an inseparable part of the pleasure and conversation associated with coffee.

This ritual spread to Europe at the end of the 17th century when it became fashionable in Paris, from where it spread to Austria, Hungary and Germany.

After the coffee is drunk the cup is placed upside down on its saucer. The person whose fortune is to be read says, “Let my fortune match my state”. After the cup has thoroughly cooled, the fortuneteller examines the patterns formed by the grounds. The aim is generally to impart good news and to promote a positive outlook on the future.

The shapes and patterns left by the grounds on the cup and saucer have various symbolic meanings. 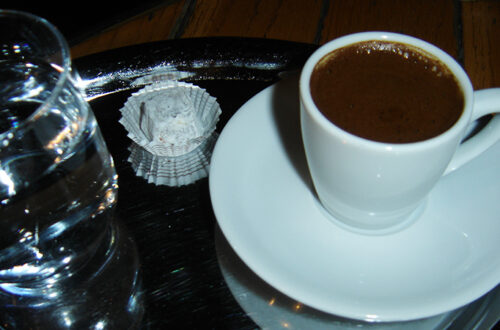